The Minister of Wellness > Testimonial > Weight Loss Success Stories > Brother Robert LOST 60 POUNDS IN 4 MONTHS!!! HE THEN LOST ANOTHER 40 POUNDS!!! 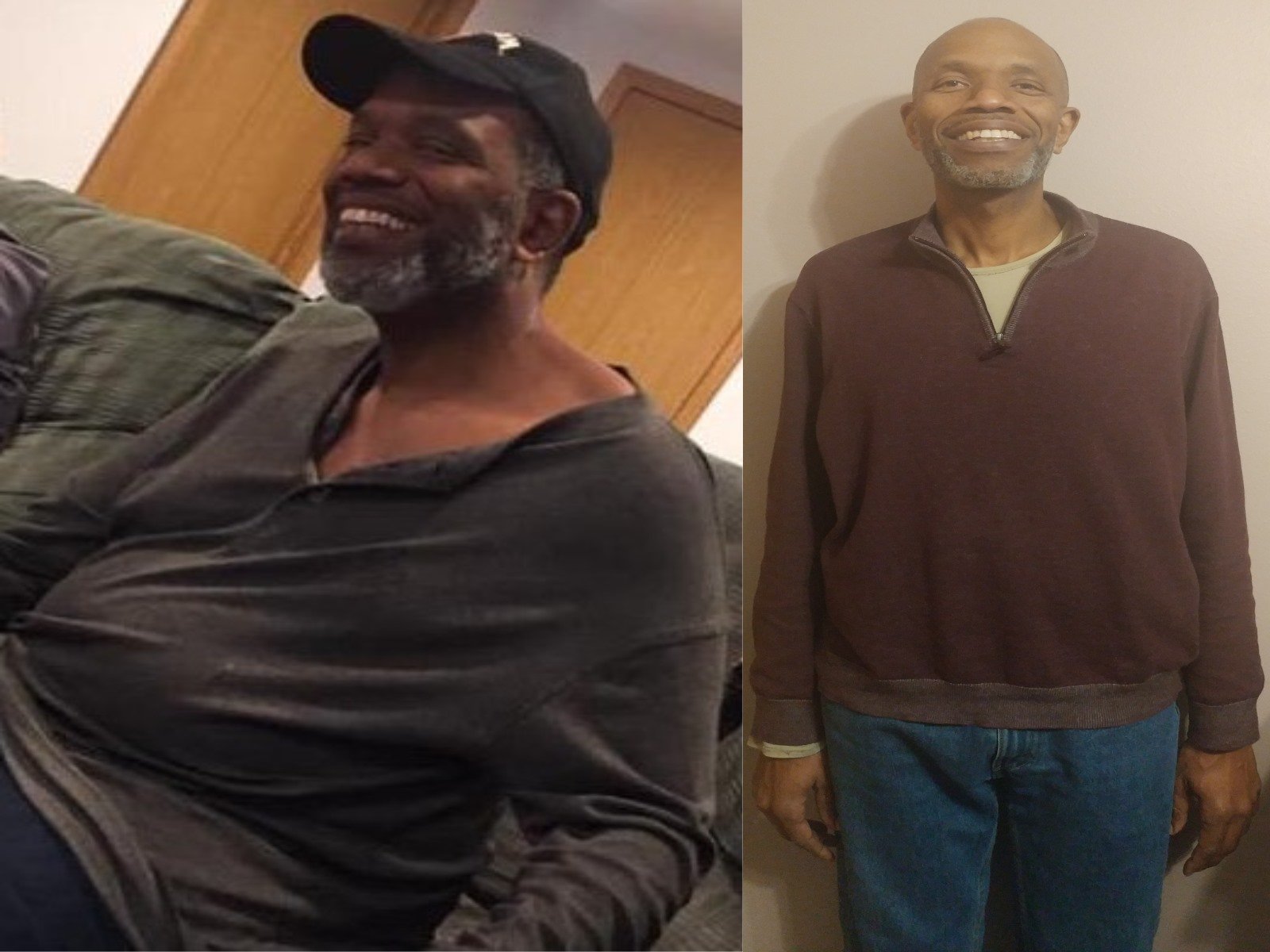 I stumbled across your channel several months ago when I was surfing the Watchman Report Channel on YouTube. I listened to a couple of your shorter videos addressing pork’s dangers (which I wholeheartedly agreed with) and chicken (which I vehemently disagreed with). Since I was driving (I have a 45-minute commute one way), I listened to the videos to the end. In both videos, you referenced G-BOMBS. Although I agreed with your assessment of Food Inc, Big Ag, and Big Pharma’s wicked ways, I could not let go of your criticisms of my beloved chicken. So I dismissed your overall message.

A few weeks after that, I was reading the Book of Daniel. The Daniel Diet intrigued me. To bring in the new year (I observed the new year on so-called April 19th) on so-called March 19th, I went on a 30 Day Daniel Fast in which I only ate mostly vegetables, some fruits, and raw nuts. No meat, no dairy, no processed foods, no added sugar, no added salt, no eating out, and no booze. My primary purpose was to make my Temple an appropriate dwelling place for the Most-High, and my partial goal was to set an example for my wife with three autoimmune diseases.

The weight literally melted off of me. Losing weight was not my goal. I just wanted to detox my body and stop supporting Food Inc and Big Pharma. I lost a pound a day. My gut health improved immediately. The brain fog disappeared after a few days. My energy level increased. Within two weeks, my knee and ankle pain vastly dropped ( I played some college basketball and was in the Army Reserves for 28 years, so I have an arthritic knee and ankle).

I broke the Daniel Fast on Passover (so-called May 2nd) with a meal of grilled lamb, vegetables cooked in olive oil, and red wine. The next morning my body punished me with a severe case of bubble guts. I was sluggish. I knew I could not go back to my old eating habits. But I had no clue how to maintain my new diet. On sheer will power, I could eat clean for 30 days. However, I knew I needed guidance to keep clean eating for the rest of my life. So I asked YaH for wisdom. Since it was the Feast of Unleavened Bread, I was still eating mostly clean. Shortly afterward, I watched your “Science Agrees With The Bible PORK IS NOT FOOD!” video on Watchmen Reports. That was the first video I actively watched. Previously I just passively listened to while driving. So I perused the comments. I was shocked at the brainwashed food zombies desperately trying to hold on to their swine. I immediately went to your channel and subscribed.

A few days later, your 12 part video series on the “G-BOMBS” dropped, and I’ve been hooked ever since. I also watched all 12 videos of your Food Addiction series. I’ve lost a total of 60 pounds in four months. I mostly follow the Nutritarian diet; I’d say 90 percent of the time. I still have the occasional chicken or lamb; but, my diet is no longer based on meat or processed foods. When I go out to eat, I order a large salad and bring my own dressing. With YaH’s strength and your edifying videos, I do not doubt that I can maintain my new eating habits for the rest of my life. YAH willing, I plan on attending your seminar in so-called January.

May YaHUaH our Aluahy’m bless you, your family, your ministry, and your congregation with His love, peace, and wisdom.

Your fellow servant of the Most-High